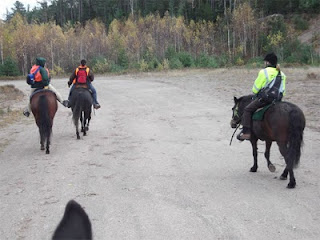 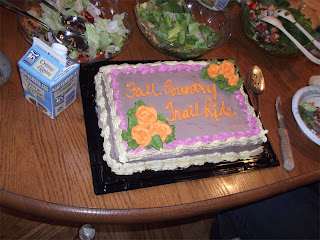 Overall, it was great exposure for Bronwyn. We walked the entire trail so while I am sure it was a strain on her, she seemed fine this morning and I am reasonably sure that I am the one who got the majority of the stiffness this morning. She went through lots of water, into some tight spots, heard gunshots, traveled close with other horses, through varied terrain - up hills and down, and overall, despite a couple of I-can't-believe-you-can't-just-trot-and-still-pay-attention-to-me moments, we had a wonderful experience and will, no doubt, return for next year's rendition!
Posted by A at 10:59 PM