That's how I feel these days - I am practically bursting with pride! My day to day "horsey life" has accelerated significantly in the last couple of weeks due to... I have a buddy to ride with!

Last weekend, my sister and I helped my mom out at an App/Open show where she had her booth with her show clothes (we also got to see one of her beautiful intricate jackets get shown in, too!). This was actually the open show I had planned to bring Bronwyn to but then decided not to, so I was a little sad that I wasn't in the ring but I enjoyed watching and supporting riders that I used to ride with or know through the trade fair circuit we do. Anyways - my sister got bitten by the horse show bug - I mean, who wouldn't, with all of that gorgeous bling and leather and horses.... *floats off to a romantical place*

Anyways, after we came home from the show that day, my sister, Shay, asked me to give her a riding lesson (I know, I know, before anyone goes on about how I'm not qualified, etc...) and a showmanship lesson. She has this gorgeous little paint mare, Jessie, that she has had since she was a weanling - the two of them grew up together and they like to putter around... Shay doesn't like schooling as a general rule, she just wants to get on and RIDE and Jessie likes that, so there's no argument there. With that said, she just gets on and RIDES maybe two or three times a year.

Since that show (last Sunday), Shay has ridden three times. She's filled her yearly quota... but she doesn't want to stop!

I just wanted to share a few pictures from her rides this week. 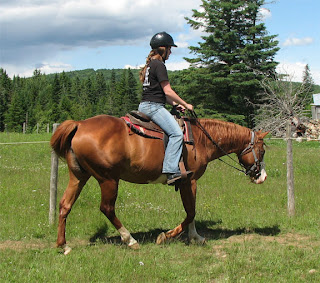 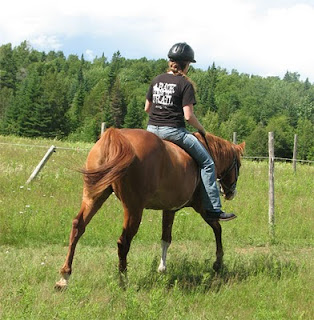 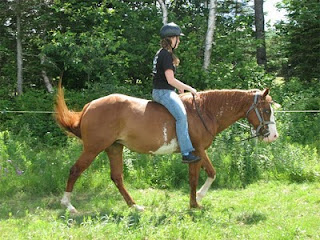 Yesterday, her mare was a little off. We put her away and then SHE suggested that she ride Bronwyn. I have been trying to get anyone and everyone to ride Bronwyn for me since I started her - mostly because she is a very "one person" horse and I think expanding her horizons is healthy for her and will help her later on in life if for some reason I can't keep her (I think someone would have to pry her from my cold dead hands, but you never know in this life!). Anyways, Shay has always been scared, I think - she has seen how Bronwyn sometimes likes to push my buttons and try to step out from under me and spook at foolish things and she doesn't feel secure enough in her seat to try to sit it out. So when SHE suggested she ride Bronwyn for her "lesson" instead, I jumped on that right quick! She was very nervous at first... 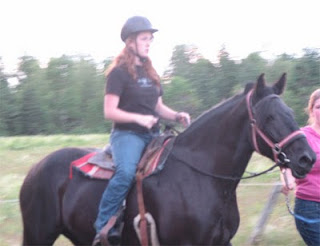 But then she settled in and really enjoyed herself, I think. She even asked to canter, which she did, and had this huge grin on her face and said "That was like riding a ROCKING CHAIR!". Bronwyn didn't place a foot wrong and overall, I think it was a super useful and productive session for the both of them. I couldn't be prouder! 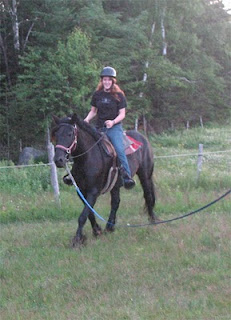 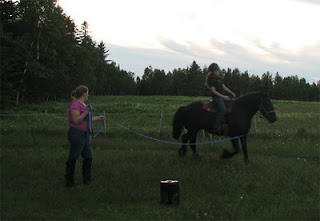 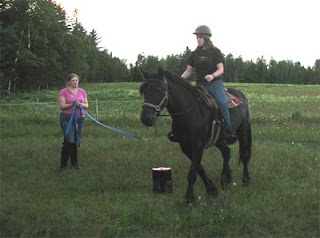